A couple of days ago, I shared a character spotlight for Morgan Elizabeth Huneke’s new book, Espionage. Today, Morgan is here sharing a guest post on writing that character! Don’t forget to check out the other fun stops on the tour! 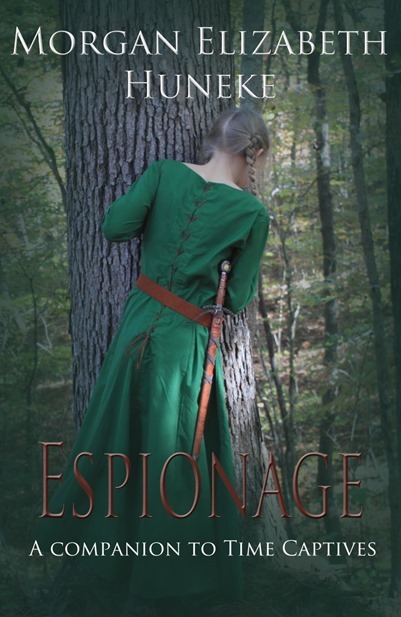 Working with Vannie: On Character Voice

One of the most important parts of writing in deep character point of view is character voice. If your protagonist is the narrator, then the narrative needs to sound like them just as much as the dialogue does.

I often struggle with character voice in third person narrative. I’m not as much in my characters’ heads in third, so it sounds more like me, more like an omniscient narrator, even though I’m going for deep character POV. First person narrative was a lot easier. Or maybe it was just Vannie. Her vibrant personality sprang onto the page.

The best way to write character voice is to really be in the head of your well-developed narrating character. A lot of the rules for writing a well-developed character apply. Understanding the character’s personality. Knowing what makes them tick. Understanding their relationship with their family and friends, where their loyalties lie. Knowing what sort of things they like to do for fun. Recognizing the effect their upbringing had on their character. Using their thought processes instead of your own.

Vannie was an easily developed character, so I did a lot of these things unconsciously, but looking back, I can identify how they affected the narrative voice of Espionage. Vannie is stubborn and opinionated. She displays this in the way she acts, but also in the way she describes people. She’s not shy about portraying people she dislikes in an unfavorable light, or about praising the good qualities of those she likes and glossing over their shortcomings. She’s also very devoted to her family and very close to her father, which shows in the way her father consumes her thoughts when she feels that he’s in danger. She’s a practical little girl, which is revealed in her disdain for dressing up. She’s a roller coaster of emotions, so her manner of narrative often becomes an emotional roller coaster as well.

Her way of speaking was particularly interesting to me. She’s a nine-year-old girl, so often her thoughts are childish, but she’s also well-educated and a voracious reader, so a large amount of Anne-ish fanciful language and bookish tendencies slip in. Particularly when she has an opportunity to playact an honored lady or questing adventurer. But her impulsive nature causes her to sometimes have to modify statements for accuracy. (I’ll pretend she didn’t get that straight from the Doctor. ;) )

Of course, moderation must be used. Too much of a character’s internal thoughts and backpedaling can turn off a reader, but too little can make it boring. Character voice is important, but don’t stress about it. If you know your character and can get into his or her head, it’ll happen naturally, and writing is always better when it’s not forced. 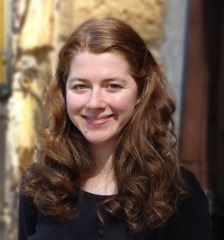