So much book stuff this month! Today I have Jack Lewis Baillot here for a guest post as part of the blog tour for her upcoming book, Brothers-in-Arms, which releases May 31st! 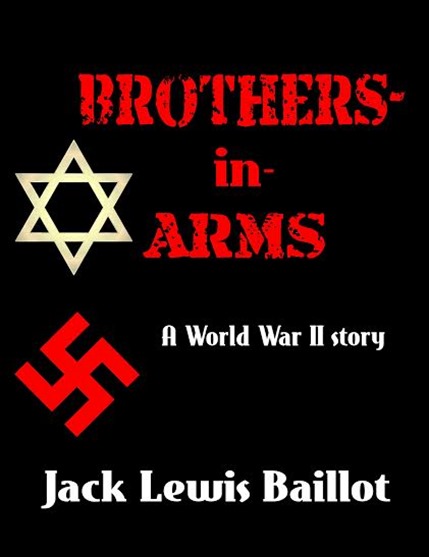 Hello to everyone! I am sure you can guess why I am here. Seeing as I have invaded so many blogs before Jaye's I guess it was only a matter of time before I took her's over for the day.

Therefore here I am. Jack, the Author of Brothers-in-Arms. Visiting guest today.

Jaye wanted to do a book spotlight and I figured after I did a spotlight of Japhet and Franz I figured I should do the main villain character even though I can't stand him. I guess he can at least have an introduction before the book escapes.

Gorge Stein is a Nazi operating in Berlin with the mission of hunting down all the fighters in the Jewish Resistance group. When Franz first meets him his first thought is that Stein fits the picture of Hitler's perfect Nazi. He's tall, blond, well built, and his eyes are a striking blue. Deep down though Stein is cold and unfeeling. (As you can see, I am not at all fond of him. I've never created a character I couldn't exactly stand until Stein showed up.)

Born into a fairly well off family, Stein was the oldest of two. He has a younger brother who serves in the air force, which is why Stein never talks about him in the book. It was kind of a disgrace for a German to join the air force.

Stein joined the Hitler's Youth as soon as he was old enough, as did his brother. Their dad came from a military family and his sons wanted to follow in his footsteps. He encouraged them and both him and his wife became proud of how well they did in the Hitler's Youth.

When he was old enough Stein joined the Nazis and moved into Berlin. He did so well there he was promoted and given the special task of finding and killing any Jews still in the city. He takes his job seriously and his life goal is to please the Nazis and be the man Hitler wants him to be.

Stein is withdrawn. He keeps his thoughts to himself except when he's angry then he lets everyone know. His men know to do what he asks of them when he asks it. He believes that what he is doing is the right thing and goes to any means to find the resistance.

Stein was a hard character to work with. Most of the time I was just angry with him. Thankfully he had others in the book who shared my anger so I felt I was able to get across to him how much I disliked him. 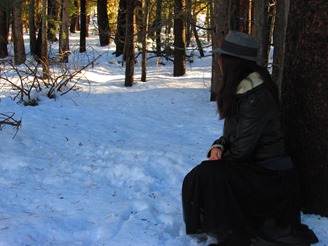