Today I have the pleasure of helping one of my favorite authors reveal the cover of her next book! If you’ve been following me for any length of time, you know how much I adore Tricia Mingerink’s The Blades of Acktar series. I never wanted it to end, but I am very excited about the start of this new series! 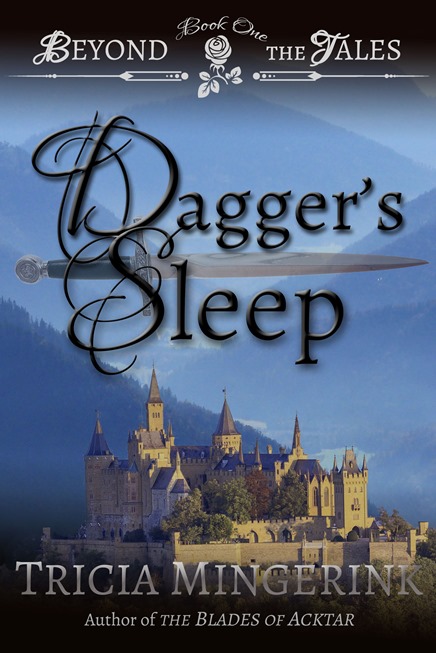 A prince cursed to sleep.

A princess destined to wake him.

A kingdom determined to stop them.

High Prince Alexander has been cursed to a sleep like unto death, a curse that will end the line of the high kings and send the Seven Kingdoms of Tallahatchia into chaos. With his manservant to carry his luggage and his own superior intelligence to aid him, Alex sets off to find one of the Fae and end his curse one way or another.

A hundred years later, Princess Rosanna learns she is the princess destined by the Highest King to wake the legendary sleeping prince. With the help of the mysterious Daemyn Rand, can she find the courage to finish the quest as Tallahatchia wavers on the edge of war?

One curse connects them. A hundred years separate them. From the rushing rivers of Tallahatchia’s mountains to the hall of the Highest king himself, their quests will demand greater sacrifice than either of them could imagine.

About the author: Tricia Mingerink is a twenty-something, book-loving, horse-riding country girl. She lives in Michigan with her family and their pack of pets. When she isn’t writing, she can be found pursuing backwoods adventures across the country. You can connect with her on Facebook, Pinterest, Goodreads, Twitter, Instagram, and her blog.

To make things even more exciting, Tricia Mingerink is going to be co-hosting a blog tour from May 22 to 28 with Sarah Addison-Fox to celebrate the release of both of their latest books. Her next book Dissociate releases May 22. More details about blog tour will be coming in April.