Guest Post: Andersen’s The Little Mermaid and Silence the Siren 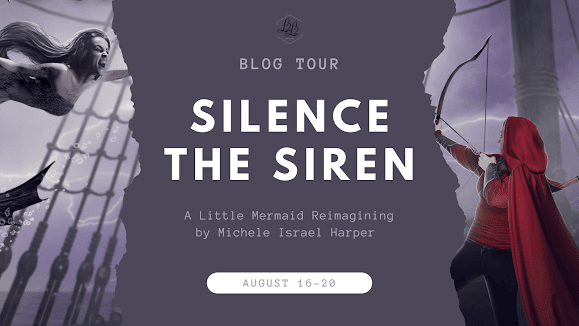 Today I have a special guest post by author Michele Israel Harper in celebration of the release of her newest book, Silence the Siren! Michele is awesome, by the way. I've talked to her a couple of times at Realm Makers and was so disappointed that she wasn't there this year. I haven't had a chance to read her Beast Hunters series yet, but I loved her Zombie Takeover book.

Thank you so much for featuring me on your blog today, Jaye! I am so honored to be here.

So it’s no secret that the latest book in my Beast Hunters series, Silence the Siren, is a light reimagining of Hans Christian Andersen’s Little Mermaid.

I mentioned this in an earlier blog post on the tour (so I will only restate it briefly!), but I was raised on the Disney version of fairy tales. When I first read Andersen’s Little Mermaid, I threw my Kindle across the room.

(I mean, she didn’t get the prince, she died, and she turned into sea foam? Why, Hans, why?)

But that first read stuck with me so hard.

It kept circling in my head, the little mermaid’s sacrificial love and giving up what she wanted so the prince, and his new bride, could be happy.

Such different fare than my usual happily-ever-after must-reads.

Andersen loved his morals, loved telling his stories to children with an admonition to “be good” and to care for their eternal soul—a strong theme in his Little Mermaid tale—so different from the (dare I say it?) more selfish “I just have to wish hard enough and all my dreams will come true” stories I was raised on.

Don’t get me wrong. I adore those stories and absolutely think they have their place.

But this theme of sacrifice, of not always getting what you want, no matter how hard you work for it/wish for it—is this completely valid too?

Now, I absolutely admit that I couldn’t do to my characters what Andersen did to his, but I played with the themes of love and sacrifice and happily ever after—and my characters explore what happens when things don’t quite go as planned.

Lest you think the story is a downer, let me assure you it isn’t! Silence the Siren is a high-seas adventure with pirates, sirens, swashbuckling, and heart, with just the slightest bit of sweet romance. (I grew up on HEAs, remember?)

But I had to explore self-sacrifice and putting others before one’s self.

I pray you enjoy the tale that was born out of that moment of throwing my Kindle!

Fun fact: There are quotes from the original story in both English and French throughout the book!

Those five measly little quotes took me two weeks to get just right. I don’t trust Google translate, so I had my French dictionaries spread around me, had three different French versions of the tale (and oh my word, each were significantly different), and conferred with a few of my French-speaking or French-nationality friends to get the phrasing just right.

So there you have it! I sweat blood and tears over those translations, friends. I hope you love them! (And any mistakes that got past those who knew what they were talking about were entirely my fault.)

Thank you, Jaye, for letting me ramble on about my story today! You are just the sweetest. 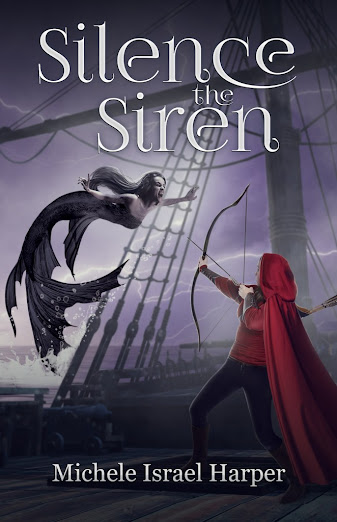 Huntress Ro LeFèvre is hired to hunt the sirens who have been sinking the king of
Angleterre’s ships, and in turn, vast amounts of his wealth. All who have gone before her
have failed.
Fleeing heartbreak, Ro gladly accepts, but there’s just one problem. The king will credit the
Marquis de la Valère, and no other women are allowed on the voyage.
Ro will just see about that. Hiring an all-female pirate crew without the king’s knowledge,
Ro hopes they will follow her to the Caribbean, not take the gold and flee.
But when Ro is plunged deep into the ocean by the siren she’s being paid to kill, presented
the sirens’ side of the story at knife point, and pressed to join them or die, Ro must decide
whether to complete her mission, join the sirens, or something in between.
Before the sirens sink the ship full of men above. 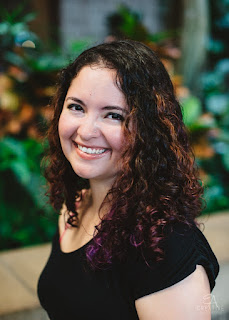 Michele Israel Harper spends her days as an acquisitions editor for L2L2 Publishing and her nights spinning her own tales. Sleep? Sometimes . . . She has her Bachelor of Arts in
history, is slightly obsessed with all things French—including Jeanne d’Arc and La Belle et la Bête—and loves curling up with a good book more than just about anything else.
Author of nine published novels as well as an award-winning freelance editor in her spare time, Michele prays her involvement in writing, editing, and publishing creates many enjoyable books in the years to come. Visit www.micheleisraelharper.com to keep in touch or sign up for her newsletter.

Michele is giving away a fun Silence the Siren prize pack! You can enter the giveaway by following this link: https://kingsumo.com/g/2owetc/silence-the-siren-newsletter-giveaway