Today I have a guest post by author Michele Israel Harper for the release of her book, Kill the Beast! This is especially fun considering I got to meet Michele at Realm Makers this last July, which I was super excited about. :D So, without further ado, here is her post!

Kill the Beast: A Beauty and the Beast Retelling

Thank you for having me on your blog today, Jaye! I am honored to be your guest as I chat about my new release, Kill the Beast.

Beauty and the Beast is my favorite fairy tale in the entire world.

When I was a little girl, it was the fact that Belle had brown hair and brown eyes like me—unlike the other blonde Disney princesses at the time—and loved books almost as much as I did that made me connect to the story as deeply as I did. I also adored castles, and imagining having one all to myself, with a kind beast as my friend who later became a handsome prince . . . sigh.

It was the perfect fairy tale.

Then I read Madame Villeneuve’s version, the original La Belle et la Bête. Wow! There is so much more to the story! True, it meanders quite a bit, and I truly wish she had more dialogue instead of simply telling us what they said—and some of it may be a tad on the dramatic side—but I fell even more in love with Beauty and her Bête as I studied Villeneuve’s writings for my book.

Did you know the servants are still at the castle, but they’re invisible? (And then later they show up as monkeys and apes and peacocks?) Did you know the guests have been turned to stone, and the prince into a Bête—not just a beast, but a stupid beast, which is the word’s dual meaning in French?

Then a kind fairy gives a counter-curse so he won’t actually be stupid, but just have to appear that way? That he and his mother, the queen, can never say what happened, or the curse becomes permanent? And Beauty’s biggest lament, besides wanting to see her family again, is that he seems stupid and offers her no stirring conversation?

And then, and then, the prince’s mother is a warrior queen who is off on a campaign, protecting the realm, while the curse plays out? That fairies have a huge role in La Belle et la Bête? That Beauty herself is half-fairy? (And blonde, which makes me laugh so hard after my childish reason for connecting with her so deeply. And yes, I spell feminine “blonde” with an “e” because I have taken so much French in my life. Lol!)

Oh. My. Goodness! There is so much good story fodder here!

I certainly didn’t use everything, and what I did use I twisted to my heart’s content to make it my own, but I had no idea how different the original tale was from Disney’s retelling.

My Ro is a huntress, hired by the mysterious Gautier to kill a beast who has cursed their realm, taking it in a completely different direction than Madame Villeneuve’s or Disney’s.

In the next book, Silence the Siren, I have nods to three more fairy tales, with another as my main storyline, but I can’t quite say what they are yet. ;) (Huge points if you guess what they are!)

Kill the Beast took me four years to write, and I think part of that was because I was under an enormous amount of pressure to get this story right, since it is my fave fairy tale.

And I may be wrong, but I think I nailed it. (I love reading it, anyway. Is that bad? Lol!)

They say write the story you would love to read, and I did just that.

I can’t wait to hear what you think of my new book! And thank you again, Jaye, for having me! 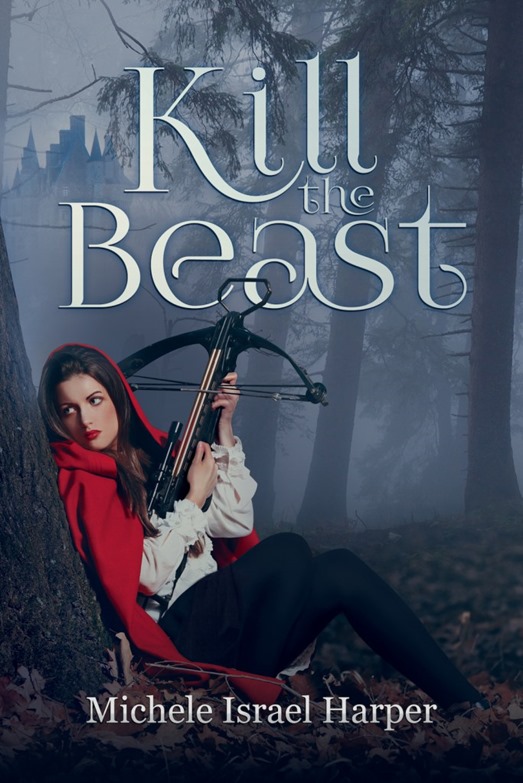 Ro remembers the castle before. Before the gates closed. Before silence overtook the kingdom. Before the castle disappeared. Now it shimmers to life one night a year, seen by her alone.

Once a lady, now a huntress, Ro does what it takes to survive—just like the rest of the kingdom plunged into despair never before known. But a beast has overtaken the castle. A beast that killed the prince and holds the castle and kingdom captive in his cruel power. A beast Ro has been hired to kill. Thankful the mystery of the prince’s disappearance has been solved, furious the magical creature has killed her hero, Ro eagerly accepts the job to end him. But things are not as they seem.

Trapped in the castle, a prisoner alongside the beast, Ro wonders what she should fear most: the beast, the magic that holds them both captive, or the one who hired her to kill the beast. 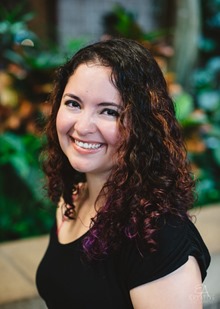 Michele Israel Harper spends her days as a work-at-home mom and her nights typing away furiously on her laptop. Sleep? Sometimes… She has her Bachelor of Arts in history, is slightly obsessed with all things French—including Jeanne d’Arc and La Belle et la Bête— and loves curling up with a good book more than just about anything else. Author of Wisdom & Folly: Sisters, Zombie Takeover, Beast Hunter, and Kill the Beast, Michele prays her involvement in writing, editing, and publishing will touch many lives in the years to come.

Visit www.MicheleIsraelHarper.com to learn more about her.