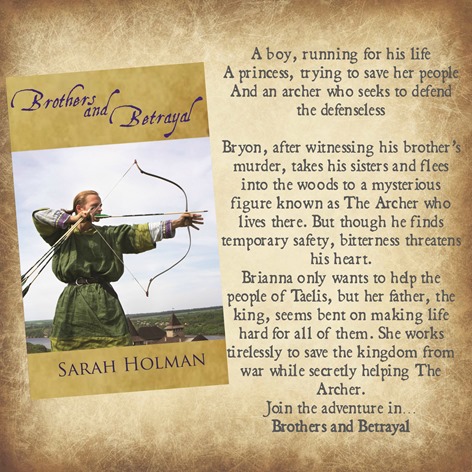 And here we are with the second blog tour post of the week. Today I am excited to share a fun interview with Sarah Holman, author of the Brothers and Betrayal! Looks good, right? I always love a good medieval adventure. :) You can pre-order the book here in anticipation of its release on March 28th. Now for the interview.

It was a Robin Hood type story set in the fictional country of Shieham. The only major difference between my book and most Robin Hood stories was that the main characters were Christians and the main girl was a princess. I had a lot of fun writing it and it will always have a special place in my heart.

Robin Hood stories are always fun. :) What inspired you to start writing?

I was a frustrated eleven-year-old, obsessed with all things Medieval (mostly because of Robin Hood), who couldn’t find any books like the ones I wanted to read. So, I put both my passions together and started writing.

I would have to say that Maria Morris (from the Destiny series) is most like me. I put so much of myself into those books that Maria and I became one and the same. While each character always makes an impact on me, I still feel the closest connection with Maria.

There have been a lot, but I would have to say that the event that stands out was this January. I was working on the second book in a yet to be released series that is set at the Texas State Capitol. I got up early to see the swearing in on the Texas House of Representatives then spend the rest of the day writing in the book. It was so much fun to write in the very place that I set my book.

I would spend it with Dr. Joseph Warren. He became my hero while researching A Different Kind of Courage. I would love spending a day just following him and watching him at work and listening to him speak at the various committees he was a part of.

Cookies, right out of the oven. (Now I need to go bake some)

Tea! I hate coffee but I am a tea fanatic. I have about a couple dozen different flavors of herbal, back, and white teas. I love them so much. My favorite right now is a Pumpkin and Spice black tea I got in a little shop in Fredericksburg, Texas.

*nods enthusiastically* Yup, I hate coffee and love my tea as well. :)Pizza or pasta?

Pasta. Though I do love pizza, I get tired of it pretty quick. I could eat pasta in various forms for many days in a row. 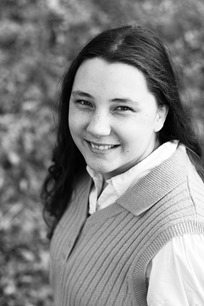 Sarah Holman is a not so typical mid-twenties girl: A homeschool graduate, sister to six awesome siblings, and author of three published books and counting. If there is anything adventuresome about her life, it is because she serves a God with a destiny bigger than anything she could have imagined.

You can check out the rest of the stops on the tour here!