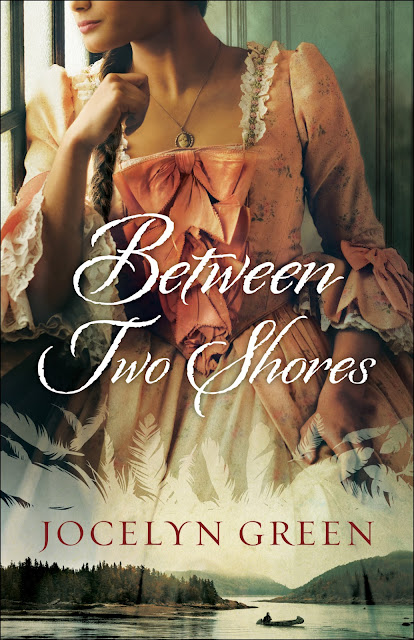 The daughter of a Mohawk mother and French father in 1759 Montreal, Catherine Duval finds it is easier to remain neutral in a world that is tearing itself apart. Content to trade with both the French and the British, Catherine is pulled into the fray against her wishes when her British ex-
fiance, Samuel Crane, is taken prisoner by her father. Samuel asks her to help him escape, claiming he has information that could help end the war.

Peace appeals to Catherine, but helping the man who broke her heart does not. She delays . . . until attempts on Samuel's life convince her he's in mortal danger. Against her better judgment she helps him flee by river, using knowledge of the landscape to creep ever closer to freedom. Their time together rekindles feelings she thought long buried, and danger seems to hound their every mile. She's risked becoming a traitor by choosing a side, but will the decision cost her even more than she anticipated?

The 18th century is one of my favorite time periods so this book caught my interest as soon as I read the description. I can’t say the beginning grabbed me as much as I would have liked. The abundance of backstory seemed to have quite a few areas of telling instead of showing that didn’t feel smooth to me, but overall it was a very interesting book. I reenact this time period, so I loved all the history. It wasn't the romance novel as I was expecting, but I am a hopeless romantic so that’s just my preference. If you like fiction that really immerses you in history, then I definitely recommend Between Two Shores.