Song of the Sword Blog Tour–Sneak Peek and Spotlight + Giveaway! 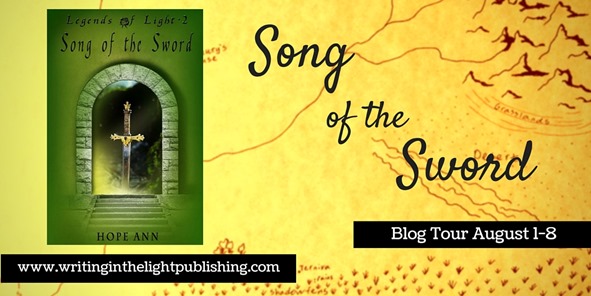 Welcome to the launch of Song of the Sword, the second novella in the Legends of Light series! Although the history of Aslaria and the conflict between the Prince and the rebel, Tauscher, flows chronologically though the series, each novella is a stand-alone retelling of a favorite fairy tale. Each story in this nine novella series focuses on one of the nine aspects of the Fruit of the Spirit while also retelling popular fairy tales in a clean, exciting, and inspiring manner. 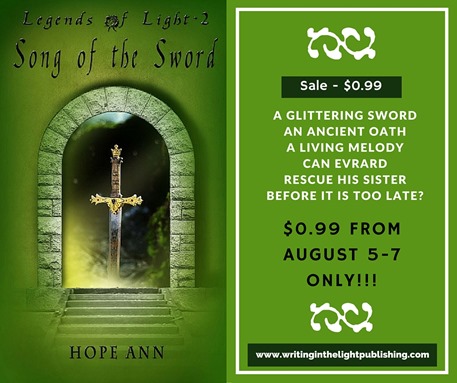 And a melody which ties it all together.

Evrard and Roinette, twins separated at birth, are caught in a battle beyond their own limited powers. With their ability to walk in the melody realm, catching glimpses of the light and darkness underlying Aslaria, comes even more danger.

Deadly mistbenders. Writhing walls of blankness. Hateful drumbeats. As a warrior in the Melody, Evrard has seen it all. But his own ability in the melody realm pales in comparison to the Prince’s melody, the legendary prowess of past Wingmasters, and even the depth of his sister’s song.

To rescue Roinette and evade the trap almost certainly set for him by those who want his power, Evrard knows he’ll have to be careful. Even if he can find the Wingmaster’s sword, there’s no assurance he’ll be able to defeat a mistbender on his own. In the end, will his and Roinette’s efforts matter if the Prince brings an ancient oath to fulfillment, shaking the very foundation of Aslaria?

Available on Kindle, iTunes, and Smashwords

Weary, with the claim that he has a sister still running through his mind, Evrard collapses into sleep as dusk closes over the recent battlefield.

Darkness swept about him as soon as he closed his eyes. Fragmented memories sifted through his mind. Rough gray buildings. Curtains of falling rain. Cold and mud and the predawn chill. Icy fingers and rough blows. The chafe of coarse rope. Over it all rose the distant sound of weeping.

The dream shifted to the present. To the Melody.

He was alone, standing once more on the knoll where he’d watched the battle. Death cloaked the field in shifting black shades, but pale stars glittered through ragged clouds and the waxing moon set the shadows in stark relief with silver slopes.

And Evrard was running, springing through the cool air, catching wisps of melody, drawing them in as he leapt from hilltop to hilltop.

East, always east. Toward the source of the song. Toward her. A wide valley opened up, but the mist he’d remembered from scouting expeditions was absent. Still he continued with a rush, up the hills along the borders of the Shadowfen.

Flickering pictures mixed with the low hissing hum of the mist which still lingered, thick and smothering. Evrard’s steps barely slowed as he skirted it, now springing through the fen itself, brushing aside reeds and serpent vines.

A light gleamed. The remnant of a song.

Evrard slowed, his steps faltering. Ruins. A sunken castle. Relics of an ancient settlement from the first age.

A string of notes swept across his ears and Evrard caught his breath, twisting around. On the edge of the billowing mist an old watchtower rose with windows facing the four winds.

A figure stood there, lit from within by a golden haze. Tall, firm, serene. Fair hair swept out of sight below the window’s ledge, and crystal blue eyes fastened on his.

For a moment Evrard stared, the lingering notes of song fading away into the dark drumbeat which had encroached upon his consciousness so slowly he’d been barely aware of its presence.

A tendril of mist swept across Evrard’s boot and he jerked back, shivering. The misty wall writhed and billowed like a living creature, then swept between him and the tower, deafening him with a thunderous roar. A figure rose up. Dark, grim with eyes glinting a steely gray.

“Looking for your sister?” His voice was gravelly.

Evrard opened his mouth, but the figure vanished and mist swept over him with the force of a gale wind, leaving nothing but the echo of a laugh and the malicious choking grayness which itched through his mind, streaming along the songs connecting him with the falcons, silencing the notes, shattering the lines of song. 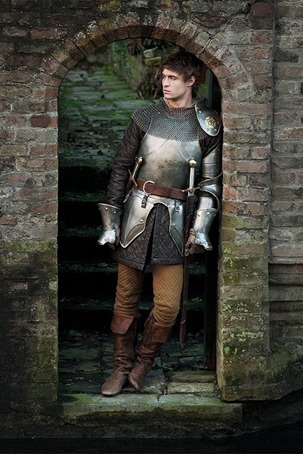 At nineteen, Evrard is one of the youngest officers in the Prince’s army. That he holds any position at all is due entirely to his ability as a Wingmaster, and he knows it. He also knows that he’s failing.

Wingmasters are the stuff of legend. With only one per generation, and the position passing on to the eldest child of the Wingmaster family, Evrard knows it’s through no skill of his own that he holds the abilities surging though his blood. Evrard can speak with the messenger falcons, organizing the reports they carry, as well as any other. But when it comes to his main duty in the underlying dimension of the Melody, that of battling the mist which seeps through portions of Aslaira, his strength can’t compare to the feats of his ancestors.

Still, with the falcon Andrinian on his shoulder, Evrard does the best he can to forget his past and draw strength from deep inside himself. With the climaxing battle of the war against the rebels breaking upon them, he can only hope his strength will be enough. 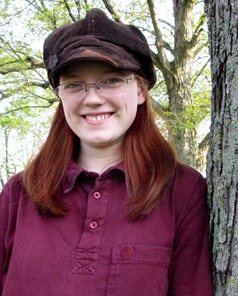 Hope Ann is a Christian authoress who lives on a small farm in northern Indiana. She was homeschooled and now helps teach several of her eight younger siblings.

She has been writing for over five years, and has so many story ideas that she doubts she will ever stop. Her favorite genre to write is high fantasy with a touch of the allegorical. A close second is futuristic suspense. Her goal is to not only entertain with her stories, but to provide inspirational fiction for young adults. 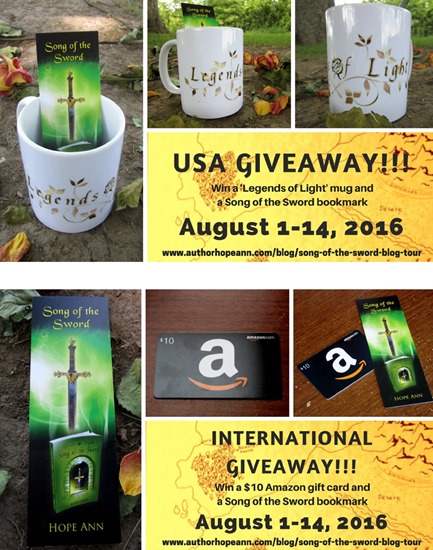 I’m giving away a beautiful, one-of-a-kind mug with the Legends of Light logo emblazoned on its side, along with a Song of the Sword bookmark. Due to shipping costs, at this time the mug giveaway is limited to the USA. However, I do have a second giveaway of a $10 Amazon gift card, along with another Song of the Sword bookmark, for international readers! Please only enter one of the giveaways.