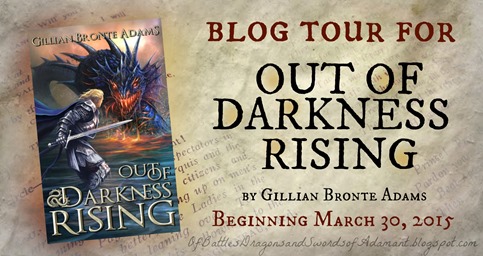 Hey, everyone! Today I have Gillian Bronte Adams here for a special guest post as part of the blog tour for her new novella, Out of Darkness Rising!

Have you ever had an idea that seized hold of your mind and refused to let go? Writers face this a lot I think. It can be anything from the character who pops into your head while you’re doing the dishes and can’t possibly take notes because your hands are covered in soapy water, to the notion that there’s a serial killer on the loose when you’re home alone at night and the dog starts barking.

When I was writing my novella Out of Darkness Rising, one of those ideas that I couldn’t shake was the concept of a heavy blanket of mist that shrouded the island that the villagers call home. The mist hides the full light of the sun, conceals the full glory of the moon, and all but smothers the stars. But it is ever at its thickest when the Serpent appears to claim his prey.

One of the previous blog tour posts (The Sun Yet Rises) expounded upon how by the time the main character, Marya, enters the story, it has been almost a thousand years since the villagers have seen the full light of the sun—which is something that bears thinking about, in and of itself. But in this post, we’re going to focus on an even darker aspect of the mist. (Pun intended, of course.)

The fact that it’s not mist at all, but rather the Serpent’s breath.

“A dark mist rose from the water, filling the air with the reek of death. Fog wrapped around the Island, shielding the horizon and any glimpse of the Kingdom from view.”

A lot of the themes woven throughout Out of Darkness Rising were conceived during my morning Bible reading, including the Serpent’s breath. Something about certain passages of Scripture latched hold of my mind and worked their way into the storyworld. Funny how that happens, right?

In Ephesians 4:18, Paul writes that “They are darkened in their understanding and separated from the life of God because of the ignorance that is in them due to the hardening of their hearts.”

And again in Romans 1:21, “For although they knew God, they neither glorified Him as God nor gave thanks to Him, but their thinking became futile and their foolish hearts were darkened.”

Their foolish hearts were darkened …

I don’t know about you, but there’s something indescribably sad about that verse. There are many places in the Bible where it talks about how sinful man cannot understand the things of God. The message of the cross is foolishness to him. He cannot comprehend the Gospel. It’s as if he is deaf, blind, and without a heartbeat, until the Holy Spirit stirs his heart to life, opens his ears to the Word, and clears the scales from his eyes.

In Out of Darkness Rising, the Serpent’s breath dulls the villagers’ minds until they forget the tales of the King and his promise to rescue them, until legends of the Kingdom seem foolish, until all they can remember is the Island and the Serpent’s rule.

“The Serpent lies sheltered in the depths of the Loch, belching forth noxious fumes to encircle the Island. He attacks your minds and your hearts, dulling your understanding … For a thousand years, the villagers have lived in the mist, dwelling in the Serpent’s darkness and daily inhaling his poison, until the memory of the Kingdom has faded from their minds.”

In I Corinthians 1:18, Paul reminds the Corinthian church that “the message of the cross is foolishness to those who are perishing, but to us who are being saved, it is the power of God.”

I am grateful that our salvation does not rest upon our own wisdom or our own ability to comprehend, but rather upon the working of the Holy Spirit awakening our dead hearts, unstopping our ears, and healing our eyes so we can see and believe. How about you? 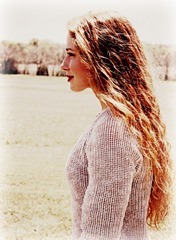 GILLIAN BRONTE ADAMS is a sword-wielding, horse-riding, coffee-loving speculative fiction author from the great state of Texas. During the day, she manages the equestrian program at a youth camp. But at night, she kicks off her boots and spurs, pulls out her trusty laptop, and transforms into a novelist. She is the author of Orphan’s Song, book one of the Songkeeper Chronicles, and Out of Darkness Rising. Visit Gillian online at her blog, Twitter, or Facebook page. 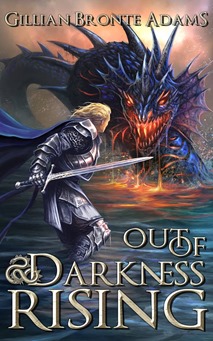 For the villagers on the accursed Island, life has only one meaning - death.  Bound to the Island by the curse, the villagers suffer beneath the iron claw of the serpent, daily breathing the poison of his breath and dying to appease his insatiable appetite.

When Marya’s parents are slain by the serpent for their belief in a legendary king, she becomes an Outcast.  Struggling to survive and avoid the vengeance of the Tribunal, Marya is torn between legend and the harsh reality of the Island.  Yet when a forgotten promise springs to life, she cannot help wondering if the old stories might in fact be true.  And if they are, will the promise prove stronger than the curse?