Surprise! The cover of Exiles! Happy Valentine's Day! I love all of you! 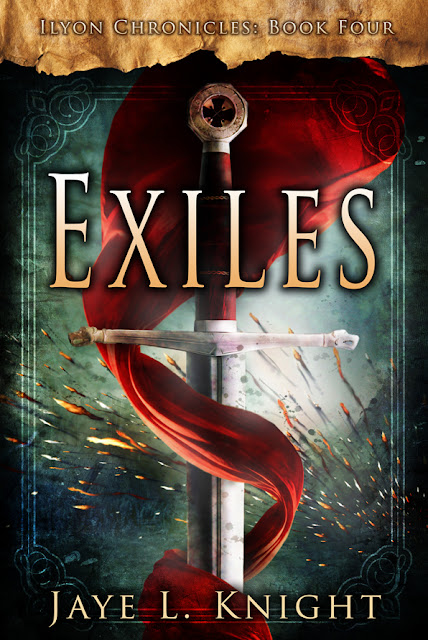 I know it's been a long wait for this book, and there's still a bit of a ways to go, but it is coming!

And, for a bit of extra fun, here is the working back cover text to give you a little deeper look into the story.


Exiled after their defeat in Samara, the resistance struggles to find allies in their quest to restore King Balen to his throne and put an end to the emperor’s tyranny. When half of the crete people refuse to lend their aid, Balen leads a group to Dorland to try to reason with them and win their support. However, enemies prove to be everywhere, and they find themselves in a fight to keep Dorland from becoming Daican’s latest conquest.
Back in Landale, the arrival of a new enemy forces Trask and Anne to tread more carefully than ever. Tensions are rising, and the enemy is determined to test Anne’s loyalty and root out the location of Trask and the resistance once and for all.
Feeling trapped within the walls of Valcré, Prince Daniel must contend with an ever-eroding relationship with his father. As their clashes escalate, the situation becomes potentially life threatening when his loyalty is called into question. His sister seems bent on convincing their father that he is a traitor, actively seeking to condemn him to the fate of those put to death in their father’s new arena. Daniel is certain his father would never execute his only son and heir, but with other forces at work, it might not be that simple.

One small misstep could prove fatal for all.