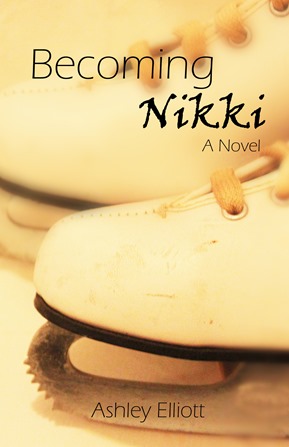 About a month ago I shared this cover with you for Ashley Elliott’s debut novel. Well, today that novel has released! As part of the celebration, I’m taking part in Ashley’s blog tour and sharing an interview with Ashley, plus a giveaway of a signed copy of Becoming Nikki. But first, about the book!

What would you do if you were given the opportunity to rebuild a broken relationship?

Alec and Nikki Scott are the perfect ice dancing duo, executing flawless technique and brilliant performance abilities each time they compete. No one doubts their camaraderie, not even their closest friends.

But looks can be deceiving. Off the ice, their relationship is in shambles. Ice dancing is the only thing they have in common anymore... and Alec wants to quit.

Just as Nikki feels like their relationship can't get any worse, an unexpected tragedy crashes into her life. She's left struggling with a difficult choice as her opinion of her brother slowly starts to change.

Whatever she decides, she knows her life will never be the same.

1. What inspired you to write Becoming Nikki?

Well, it all started when I discovered ice dancing while watching it during the 2010 Winter Olympics.  Meryl Davis and Charlie White were instantly my favorite and I started thinking about how much it would take to get to the Olympics.  I also had come up with the idea of a broken sister-sister relationship (which slowly turned into a brother-sister relationship) around the same time, and, as I started developing the plot of that novel, the ice dancing part eventually fused with it.

I think I'd like to spend the day with Natalie. We'd watch period dramas and eat junk food and laugh and tell each other jokes and it'd be awesome.

Same here! I like to refer to what I do as “crafting a novel,” because that's what it feels like. You start out with the original idea, then slowly shape it into something amazing. I also love how the story changes when the characters take on a mind of their own. It's a really great thing to watch.

Me, too! I started casting Nikki when I first started writing it, and I'm pretty sure the original cast has stayed the same because I can't see them as anything else. I discovered Alexis Bledel after watching a few episodes of Gilmore Girls, and Jonathan Rhys Myers came after I watched August Rush (both of which I really liked, but can't really recommend because of Content.)

Heehee. I think my least favorite part is editing... and editing... and editing. That feeling in the back of your mind that you can never stop editing because it's not perfect yet! I feel this way, at least, because I'm partially a perfectionist. (Haha.) But I still enjoy it because I can listen to awesome music while I edit. ; )

Absolutely! I'm working on a new novel entitled The Art of Letting Go. (It's probably my eighty-fifth novel, but the second I'll actually finish.) It's about a teenage girl who loses her best friend in a horrific shooting at her school and has to learn to let go and move on, even though she's wrapped her entire life – including her future – around this guy. It's really depressing, sad (the first novel I've written that I've actually cried over), and has a grittier, more mature feel than Nikki that I love. I should be finished writing it sometime in the near future, and I'd really like to try the traditional route with that one.

I love to sing, listen to Broadway musical soundtracks, play the violin and piano, read books (a LOT of them), swing dance, take walks, watch movies (a LOT of them), take pictures, and hang out with my friends and family.

I have, like, a million favorite books... I've narrowed it down to (probably) the top five.

The Penderwicks by Jeanne Birdsall

Eight Cousins / Rose in Bloom by Louisa May Alcott

1. I used to have a stamp collection. Stamps, catalogs, three-ring-binders, the whole shebang.

3. I've meet an Olympian and held her medal, which, if memory serves correctly, was gold. And it turns out she has the same birthday as me. What're the odds???

Find people who can help you! You don't have to do it alone. I was stuck in the publishing/final editing stages of Nikki for over a year because I was overwhelmed and didn't know where to start. *music comes in* But then a heeeero comes aloooooong... aka Morgan came in and gave me the kick in the pants I needed, along with her amazing formatting SKILLZ that she lent to my novel. Moral of the story: Don't feel like you have to figure it out by yourself. Ask for help. The person who is exactly what you need might be right around the corner! 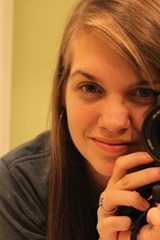 Ashley Elliott is a writer, reader, musician, photographer, tree-climber, and Leaguette. She speaks fluently in movie quotes and spends most of her time fangirling over her latest obsession. In her free time, she enjoys laughing with her friends, laughing over Christian indie films (but secretly loving them), and laughing with her five crazy siblings. Ashley is a homeschool graduate and is currently pursuing a Bachelor's degree in Humanities through CollegePlus. She lives in Georgia with her parents and siblings, and doesn't have any pets.

You can find out more about Ashley on her blog.