Today I have my friend and fellow author, Morgan Elizabeth Huneke, here for an interview. She already had two great children’s books published, one of which she is giving away at the end of this post. If you like The Chronicles of Narnia, you should check it out. That’s what it reminded me of. But first, the interview!

1. What inspired you to write Across the Stars and The Experiment?

Across the Stars was inspired by wanting to tell my sisters a story. I’m really not sure where I got the idea for the story from. The spaceship likely originated in Star Wars, there is quite a bit of Narnian influence, and the dungeon most definitely came from The Tale of Despereaux, but I’m not really sure what sparked it or made it come together.

For The Experiment, on the other hand, I know exactly where it came from. It came from two separate dreams that I worked into two plots that I decided to weave into one story when I realized they were really like two sides of the same event. An episode of Gilligan’s Island was also instrumental in the development. The dream that inspired the Rubins’ side of the story came from a dream about being chased by a creepy guy and saved by a young man called Linus. Somehow, that became connected with the Gilligan’s Island episode about the mad scientist who switched the castaways’ minds around and so an evil scientist became an important part of The Experiment. America was also a huge influence in the story. I certainly would never have written it if America wasn’t headed downhill the way it is. I took what is happening in America, particularly in the schools, and extrapolated it into the future, and then worked to save it. I only wish it was as easy to save America in real life as it is to write a solution.

Hmmm. That’s a tough one. Probably Felix Walker from Across the Stars. He such a gentleman and I love that. He has a strong character, due to having to stand up to his father on things of Biblical principle. And he talks in book language. He’s just an awesome character all round, though he is a bit on the too perfect side.

I think it would have to be the characters for me too. I love the plots and the settings, though I hate just sitting down to worldbuild, preferring to do it as needed when writing, but the characters are the best. I struggled with my current project, Time Captives, for about a year because the characters just weren’t working. Now that I have fixed the character problems, I’m absolutely loving writing it. It’s so much fun to create new characters and follow their lives.

I don’t really have any for Across the Stars or The Experiment, though I do think it would be cool, if Across the Stars was ever made into a movie, for at least some of the Watsons to be real homeschooled siblings. Not that that is likely ever to happen, but I like to imagine it. A lot of the characters in The Experiment are based on or inspired by my family and friends, so that’s who I think of for them. For my WIP Time Captives, I mostly just have random pictures I found on Pinterest for characters, but for one elf, Estranna, Lilliandil from the movie of The Voyage of the Dawn Treader is perfect. Also, for a companion story called Espionage, a young Lexi Johnson looks just like the main character.

I think we are very much alike in our writing processes, and in other things. It is very hard to get the story out of my head and down on paper. I used to never plan on paper, but I did always have a general idea of what was going to happen that I don’t remember ever exerting much effort to figure out. I plan more now, but it still hasn’t been that hard. Rewriting eight chapters for the fourth time on Creighton Hill, book one of Time Captives, was extremely unpleasant, but it wasn’t terribly difficult. And editing is pretty easy. So the hardest part would be putting it in tangible form for the first time ever.

My current WIP is a fantasy trilogy called Time Captives. Here is the logline for the trilogy:

In a perilous quest that spans two worlds, four siblings must team up with their long-lost ancestors and a rebellious slave to deliver an enslaved people from the cruel strytes who invaded their land.

One of the most interesting concepts in the story is that the “ancestors” have been frozen in time for as long as they have been in the world of Calhortea in a manner similar to that in Tuck Everlasting by Natalie Babbitt. It has been interesting to delve into what that would do to someone, to watch the world move on around you while remaining a child indefinitely. And I’m pretty sure Doctor Who has played at least a minor role in how I have developed that idea, at least in regards to one specific character.

I’m just about done rewriting the second book. Then I can jump into writing the third book for the first time. I’m not sure when I’ll be able to publish the first book, Creighton Hill, but I’m thinking something like the beginning of next year.

Reading, naturally. I also love playing the violin and I like sewing, when I’m not sick of it. I don’t suppose babysitting counts as a hobby, but it is something I love to do. What can I say? I love kids. I’m also very involved in politics with my family. And I randomly sing Disney songs, particularly from Tangled and Frozen.

Most definitely The Chronicles of Narnia by C. S. Lewis. Those books have been my top favorites since I first read them when I was little. A Wrinkle in Time by Madeleine L’Engle is another book I have always loved. Johnny Tremain by Esther Forbes and The Witch of Blackbird Pond by Elizabeth George Speare are some of my favorite historical fiction. Of course, there are many many others that I could list, but I’ll finish with my most recent favorite, a story which you know much better than I: Resistance.

1. I only have a handful of pairs of shoes, and I prefer it that way. I really don’t like shoes that much, they’re too clunky, but I especially hate dress shoes and high heels. High heels make me feel incredibly instable.

3. Sometimes I read the dictionary. Just to read it.

Before seeking to publish, I recommend having several people outside of your family read and critique your story. If others think it is worth publishing, and you still like it, go for it, but don’t expect it to be easy. Whether you go independent or traditional, it’s going to be hard. And don’t just publish to make money. If that’s what you’re doing it for, you most likely will be disappointed. But if you’re doing it for God’s glory and to share your story with others, you will be pleased with however much or little success you have.

Thanks for having me!

So nice to have you here for the interview, Morgan! And I’m really looking forward to Time Captives!

Here now is a bit more about Morgan and her books, and then, of course, the giveaway! 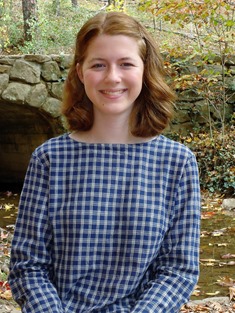 Morgan Elizabeth Huneke is a homeschool graduate who lives in Georgia.  She has enjoyed creating characters and writing stories since early childhood.  Her other interests include reading, playing the piano and violin, and politics. She is the author of Across the Stars, a sci-fi fantasy adventure for children and The Experiment, a children’s political thriller with a sci-fi twist. You can find out more at her website, and connect on Facebook, Twitter, Goodreads, and Pinterest. 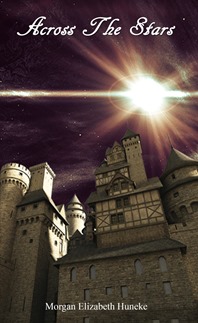 Across the Stars: After discovering a spaceship that takes them to a planet two galaxies away, five children must use their combined knowledge of battle strategy and American history to free the distant planet from the oppressive tyrant which is its king. 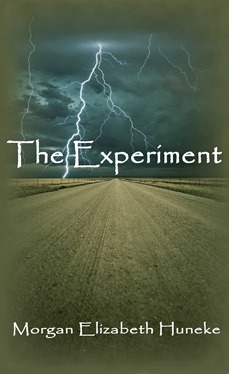 The Experiment: In a future where American liberty has been eradicated, kidnapped siblings must overturn a plot by the President and a torture-loving scientist to control the lives and minds of the American people . . . before it's too late.